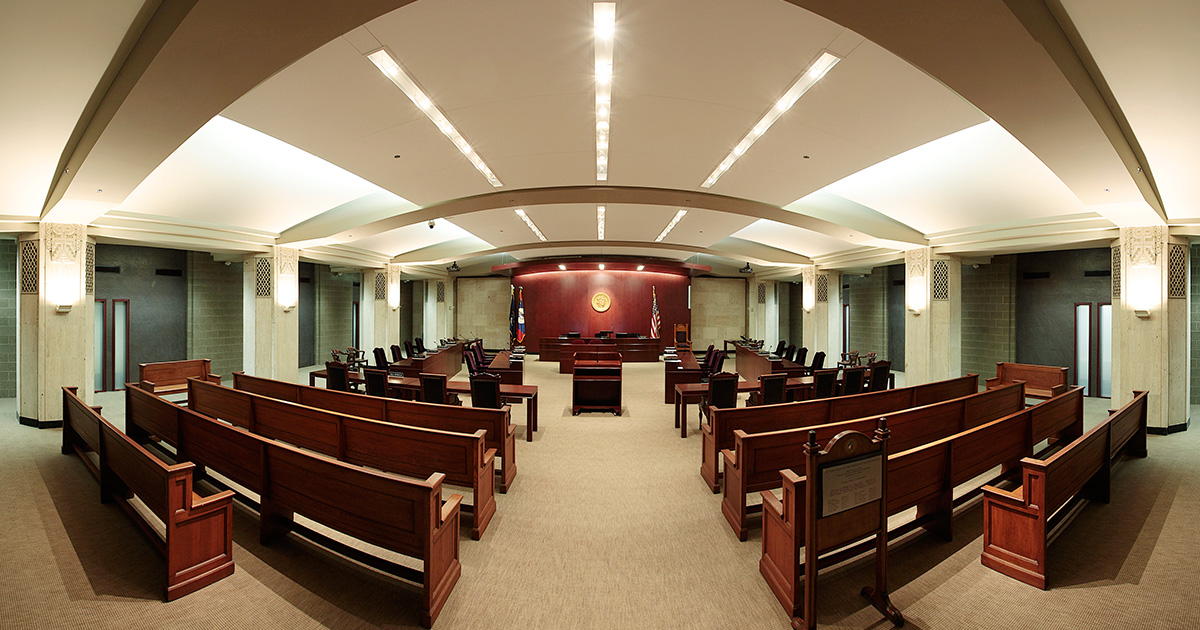 Tooles Contracting Group completed the phased, occupied, fast-track renovation and upgrades of tenant improvements to 420,000 square feet in 21 individual areas at the Historic Guardian Building in Detroit. Scope consisted of a complete abatement and demolition of 18 floors, county commissioner’s chambers and upgrades to the entire buildings’ mechanical, plumbing and electrical systems and restrooms. Features include office and conferencing space, as well as kitchen and support space. A distributed direct digital controls system was installed to serve the new equipment and renovated areas, which can be expanded to monitor all building systems within the entire facility. Additionally, “Green” upgrades such as motion sensors to control the lights, low water consumption flush systems in the restrooms, and recycling stations were also implemented resulting in taxpayer savings and an Energy Star rating for the building.

Tooles also oversaw and managed the furniture package for 16 floors of a new tenant build-out. The installation called for a “just-in-time” delivery due to limited staging areas, coordination of deliveries and freight elevator access, trucks/street traffic in the “right-of-way”, deliveries in rain and snow, and the move management of furniture and filing systems which allowed Wayne County to move in by the scheduled date.

The scope also included a complete turn-key telecommunication and data package, security system, audio/video, and voting system. Due to the amount of design, this package was one of the last released with an extremely tight time frame. A portion of the scope for the IT core package included main fiber optic backbone (up to 48-strand), 100 pair copper backbone, and grounding backbone with paths from the 3rd basement to the 32nd floor. The tenant improvement IT included new MDF on the 13th floor, IDF’s on all floors, new Category 6 cabling and drops, UPS units and WIFI repeaters. Also included was a complete upgrade of the security system including cameras, card readers, servers, programming, and command center. Tooles also oversaw the installation of a new “Meeting Manager System”, Voting System in the Commissions chamber, PolyCom Video Systems, and a preponderance of Audio Video components.

The Guardian Building is designated a National Historic Landmark by the National Park Service. Features include office and conferencing space, as well as kitchen and support space. The entire building renovation was completed in less than six months in order to accommodate Wayne County’s early move in schedule. All phases were completed on time without closing down the facility. The project also utilized an external hoist system to ferry equipment and building materials to various floors.